Support the Site by Buying from YesAsia


Tagline: Michael Moore is still the master of documentary…

Review by Neo: Like him or hate him, there is no question that Michael Moore knows how to entertain his audience. Even though half the time, Moore is simply reinforcing the obvious, there is no doubting that he is a film maker. While this flick is less controversial than his award winning debut in Bowling for Columbine, Sicko continues Moores lines of entertaining films which highlight an obvious issue in America. Perhaps, Moore is bias, but who isnt and thats not to say Neo is agreeing with the filmmaker. After all, everyone is entitled to his or her opinion and there is no doubt, Moore is manipulating the audience to side with him. In a critical manner, one can easily say that Moore only show one side of American insurance and seems to ignore any thing that shreds even the slightest light of the industry. As the saying goes, everything is happening for a reason and while on surface, the insurance companies seems to be just aiming for profit making , it is ultimately the fault of the people in power.

It is almost stating the obvious when Neo begins to quote a famous line from somewhere, power tends to corrupt and absolute power corrupts absolutely. It is human nature to be self fish and when people in power give away a certain power to some other people. It is quite frankly obvious that there is a certain chance that they will misuse that power. In the eyes of the dog eat dog corporate world, the reasoning of making more and more money is seemingly ethical, but at what cause? For Neo, his honest opinion is that the problem ultimately lies in the government as the fundamentally reasoning of having a system of government is to serve the people and for the people. If they decide to give away the insurance industry to some minded people whose eyes are only on the stock market, it doesnt take a genius to work out that there is bound to be trouble.

Then again, it goes back to the quote, one mans utopia, is another dystopia where the saying maybe an inch too pessimistic, it actually rings quite true. Perhaps, the idea of insurance company for the chief executive is his utopia of money making and the means meeting the ends. The same cannot be applied to someone who has just been denied that surgery due to some weird and unaccommodating reason provided by the insurance company. Their utopia is without doubt a hell of a difference. Likewise, in Sicko, Moore shown visions of what other countries are able to do. The problem lies in the fact that Moore seems to suggest that everything is great and everything is in order. It is difficult to believe in a perfect health system. In Australia, the film never mentions it, thus only comparing the best with the worst.

Neo is not disclaiming anything Moore makes is just yet another manipulating and anti-American propaganda. Then again, it is not Moores fault for being bias as it is human nature to desire for one thing and ultimately it is his own perspective. It is obvious that the American insurance system is bad, but the real question is that  is it really that BAD? Why Moore didnt show the opinions of those who favours the insurance? Why didnt Moore show even the slight of bad points of the perfect system in Canada or say France? Neo is sure that system might be a utopia for Moores world, but a dystopia to those sitting next to him. Truthfully, the current reviewer cannot believe in such undaunted system, until he personally experiences it himself. Up until he experiences it himself, Neos opinion remains reserved. As for Sicko being a good film, there is no question that nobody makes a better Hollywood documentary than Moore, himself (Neo 2008)

Comment on this movie on HK Neo Reviews Forum 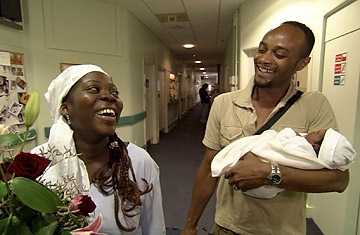