Had a good chat with Teddy Robin 泰迪羅賓 and Siu Yam-yam 邵音音. Looking forward seeing/rewatching their films at the festival.

When I spoke with Teddy, he always answer with a smile. He told me that he is looking for investors to fund for his new untitled film and will be attending one of the screenings at the Hong Kong International Film Festival.

While I had a longer chat with Siu Yam-yam, who told me not to go back and watch Jump! Ashin to my surprise. This is how she describe the film: “the guy is a pk, then he become a pk, but the pk get a lot of support and end up still a pk.” Interesting conversation and she told me she has two films in contention at the Hong Kong Film Festival in March/April. In the process I also met her daughter, Jean Kho who works for film production company – Film Mall Limited. Feel free to have a look: http://www.film-mail.com 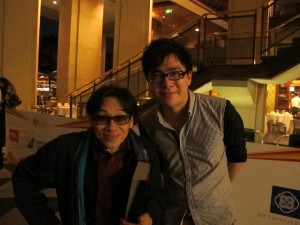 Congrats to Teddy for winning the Best Actor Award! 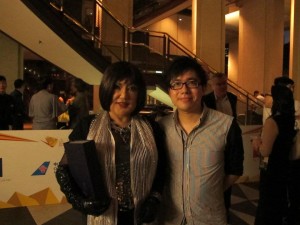 See you all at the festival!