Andrew Chan is a Sydney based Film Critic that has been engaged in film criticism and writing about Asian cinema since 2004. Since then, he has been writing for Asian film festivals around Australia. In 2011/12, he has been invited to attend the 36th Hong Kong International Film Festival, Golden Koala Chinese Film Festival, Sydney Film Festival, Japanese Film Festival and Korean Film Festival. He is a member of the Film Critic Circle of Australia and in recent years been expanding his Asian cinema speciality to art house, mainstream and world cinema. For nearly a decade, Andrew has been managing and writing film reviews for his website, HK Neo Reviews (http://www.thehkneo.com/blog) which also distributes reviews in English and Chinese content for the Asian market.

Andrew is currently appointed as the jury of the inaugural Lebanese Film Festival in Sydney.

My Motto in Life: “When life gives you lemon, you make orange juice!”

When I first started HK Neo Reviews http://www.thehkneo.com, it was out of boredom of studying for the HSC, which I look back in astonishment. It was 2004, my passion in Hong Kong cinema grew by the day and I decided to write about all the films I would see. From direct to video flicks to WKW classics, I watched everything. In fact in the first 3 years of the site (2004-2006), I watched and review almost all the Hong Kong movies that were released in that year. That’s over 60 films a year. Yes the industry was still going strong back then. Moving on to 2011, I decided to start this blog for easier updates.

So why HK Neo Reviews – simply – I love movies and I love writing. My aim for the coming years is to get accrediated to as many film festival as possible and expand the site to review not just Hong Kong movies, but from all corners of Asian Cinemas as well as Hollywood movies that I come across.

Really, there isn’t much to write about. Instead of thanking you all of the support throughout the last 9 years and hopefully this site will still be around for many years to come.

Enjoy reading. Love the Film. Follow your passion. And never ever give up!

I few people I would love to thank over the years:

Karen – Site Designer (2004-2011)
Without her, this site would never been in existence. Although now she have gone on to bigger things, I will forever indebit to her design, managing of the site, uploading of contents over the course of 8 years. A big thank you! Hope to catch up soon good friend!

Jerome – Film Reviewer (2005-Present)
Jerome is a passionate cinema fans, I still remember the days when we first started to work together, he would send me a bunch of reviews of Shaw Brother movies that I have not seen. It is him who introduced me to 70s and 80s Kung Fu Shaw Brother films, for that thank you! You still owe me a lot of reviews and don’t you ever stop them coming! Thanks brother!

Paul – Film Reviewer (2004-2005)
When the site first started, Mr. Paul was the site biggest fan and reader. His reviews were always insightful. His passion didn’t lie in Hong Kong movies, but rather Korea and Japanese. I didn’t know much about those cinemas back then, but it is Paul that made me notice other Asian movies, actress and models. Big thank you and hope you still read my reviews!

Kristy – Managing Chinese Editor (2012-Present)
It was a pleasure to meet you at the Hong Kong International Film Festival and since then you have helped me immensely in terms of the direction the site should be taking in the coming years ahead. By translating my English reviews into Chinese, it has opened up my site to a window of opportunity. Thanks for everything and hope our partnership will last for many years to come! Cheers gal!

Ross Chen – Lovehkfilm.com
How can I ever forget you! Without Kozo’s inspiration and passion for Hong Kong cinema, this site would never even existed. Let alone what I have become today. My achievements compared to you is nothing. It was a pleasure meeting you during the HKIFF earlier this year and I do hope to catch up with you at the Hong Kong Asia Film Festival later in the year! Thanks man! 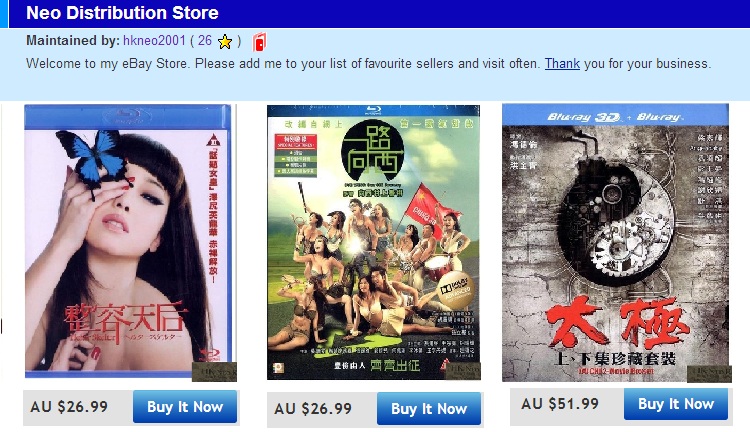